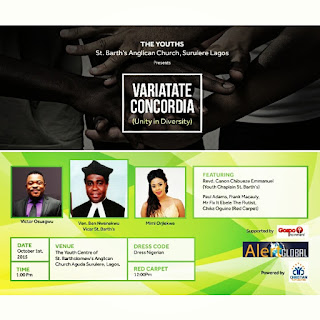 Moslems, Christians and other indigenous religion worshippers can live in peace and harmony in Nigeria if policy makers make stricter laws to stop those who want to use religion as instruments of exploitation and trouble making. Nigeria is a nation state where all tribal and religious interests are treated with parallel importance. Many religions preach peace yet, the paradoxes of peaceful religions are now the pathways to complex blind spots for trouble making. The fundamental principle of Christian and Islamic religions are peace and attainment of heaven. Those who are inquisitive would not hesitate to ask if these religions are adding peaceful values to national unity or draining national resources with the controversies they generate. If the idea of Peace is prioritized by those responsible for molding the minds and behaviors of their congregation, religion would be seen as a spiritual entity free from politics and materialism. The level of religious politicking amongst religious leaders in recent times are now causes for concern among those who have not make up their mind on the faith they want to belong. Religion would remain a constant source of human miseries and drain of national resources when violence messages are mixed with peaceful doctrines.

Nigerian policy makers have consciously avoided some hot topics and conferences to quell tension and unrest they thought would emanate from such events. The elements of tension and unrest from the areas policy makers have deliberately avoided over the last 50 years are indications that these delicate topics are the key to peace Nigeria sought. A former Nigerian Prime Minister, Sir, Abubakar Tafawa Balewa once said that Nigeria can work better if Nigerians are willing to learn and respect their differences.

The differences in languages, cultures, religions, traditional institutions and so on are not the barriers to national unity but, some treacherous mindless few with reckless disregard for national unity who are responsible for brewing tension and unrest; armed with religion and greed. Christians and Moslems could have avoided incessant troubles if the bright idea of Balewa has not been neglected. Balewa's ideas would have formed the basis of national integration and national consciousness, shaped by the supremacy of a Nation state that would protect the interests of all ethnic nationalities and their religious beliefs as long as they are not inimical to national interest

Nigeria is a heterogeneous society with more than 300 African Traditional Religion (ATR) worship by nearly 500 tribes. Christianity and Islam are introduced religions to Nigeria at different time and space. Christianity was first introduced to kingdoms, Empires and Clans along the coastal regions of Atlantic Ocean and hinterland by Portuguese and British explorers about 1400's and 1600s. Meanwhile, kingdoms and Empires in the North also practiced indigenous African religion (ATR) like their Southern counterparts before Usman Dan Fodio introduced Islam to the North about 1804. Before these introduced religions, there were no historical records of escalating disputes or unrests resulting from indigenous religions. Christianity and Islam are the only two religions which came with education and codified holy books to guide the attitude and behavior of their followers. These holy books have stories of great men and women, stories of wars and peace; humans have had more warring histories than peaceful ones. The usefulness of these holy books (Bible and Koran) is to harness peaceful stories and experiences towards promoting global peace not the other way round.
British colonial government amalgamated the Northern and Southern protectorate of Niger area in 1914 to a status of a nation state called Nigeria. Nigeria was coined from Niger area by Flora Shaw, the partner of the first Governor General of Nigeria, Lord Frederick Lugard. The colonial authorities saw power, greatness and potentials in the unity of diverse ethnic nationalities; it is not surprising that Nigeria has turned out to be the giant of Africa. The colonial authorities gave existing kingdoms, empires and clans limited powers because of their direct social link to the grass root. Many decades later, modern Policy makers are looking for decisive alternatives to forge sustainable peaceful mechanisms for Nigeria. Peace is possible if religious and traditional leaders tame their followers to embrace peace, unity and social protection a Nation state has to offer.
Nigerian social architects and social engineers should return to the drawing board to design a Nigeria project that would accommodate interests of all stakeholders in order to move Nigeria forward and, all aggrieved burning issues resolved by expertises in conflict and crisis management. Policy makers should focus on what Christianity, Islam and ATR can offer to the stability of Nigeria. They should discourage all negative teachings that could destruct the peaceful coexistence of Nigerians. Religion and politics should be complementing one another in the promotion of national peace, ironically, religious ideologies has been hijacked by a few individuals who use it as instruments of violence and intimidation in a country which is constituted as a secular nation state.
Religion can offer peaceful solutions to Nigeria's social problems when corruption is minimized by 85%. Most religious worshippers are now the modern gladiators of our time, a further probe by agnostics who questioned if God is a God of war or peace. Most believers fight, loot and kill in the name of God yet, the God of the Moslems is not different from the God of the Christians. The problems between religious faiths are not God made, they are consciously designed by men with superior thinking ability than most of their contemporaries who just obey the orders of a superior mortal being. This brought to mind the issue of Islamic banking which has generated a lot of controversies among Nigerian Christians and Moslems. If Nigerians Moslems and Christians are committed to peace and unity of Nigeria, they would have rooted their understanding on the concept of a Nation state which represents interests of all religions and tribes since they are not inimical to national interest, they would have realized that Islamic Banking is not harmful to non Moslems(it is a Moslem community Bank). Islamic Banking DEALS on ethical banking and investment. How many Christians would be proud to invest their money in brothels or criminality? This is exactly what Islamic banking represents (ETHICS). This cat and mouse relationship between Christians and Moslems in Nigeria has stained the reputation of Nigeria than what most of their followers could imagine. Churches, Mosques and shrines are not in the position of authority to dictate how Nigerian can be governed. They can render spiritual and counseling services towards the peaceful development of Nigeria. It is up to Nigerian policy makers to decide the best way forward to a sustainable peaceful development in Nigeria for the next 300 years.
Policy makers should strive harder to separate their religious beliefs from their paid duties from the Nigerian Nation Sate, that would enable them to treat other religious believers as Nigerians rather than allow religion to cloud their emotions when discharging their official duties.

Posted by Unknown at Thursday, October 01, 2015 No comments: